Yesterday, I attended a workshop about User Centered Design and Documentation organized by the Bangalore STC India Chapter and Microfocus/Novell. Here is a summary of the workshop.

The Place and Context

The Workshop was conducted at the Bangalore office of Micro Focus (Formerly Novell). It was a four and half hour workshop. Went from 10 AM to 2.30 PM. The workshop was conducted by a cross functional team that works at Novell. The team was made up of Graphic Design Professionals, Usability Testers and Technical Writers. This team works on the product NetIQ Sentinel among others. 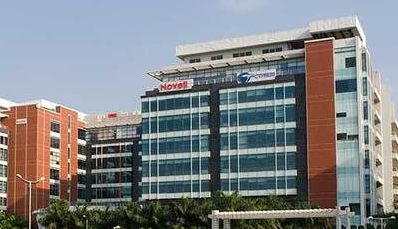 The audience was primarily madeup of Technical Writers from companies like Cisco, TCS, Altair and many others. The workshop was conducted in a cozy training room at the Novell office.

The workshop came about when the folks at Novell expressed their desire to conduct this workshop to Rajdeep Gupta (who represents the Bangalore STC India Chapter). Although it was the first time I attended any workshop conducted by Novell, I heard that they have conducted a few other workshops earlier on Usability Testing.

The workshop was kickstarted by Parag Goel, who established the context by tell us about Novell, Micro Focus, the UCD initiatives at Novell and also introduced the team who would be running the workshop.

Sandeep Virmani, explained the basics of User centric design and also provided a vision for technical writers on how they can get involved in and contribute to product design. As per his vision he wanted technical writers to get into meetings where developers and product managers discuss UI design for a particular functionality. Get involved in providing feedback and point out potential usability issues at each stage of the product development.

The main activity part of the workshop was conducted by Amudha Premkumar, Saral Gupta and Liza Shibu. Amudha explained how a typical usability test is conducted. She also explained the role a technical writer plays in a usability test at Novell. A usability test commonly comprises of four key players:

The tester is ideally a customer or a potential customer. In case it is not possible to get a customer, you could get someone within the organization who matches the customer’s persona.

The observers are the development team. But they must not be present in the same room as the testers.

At Novell, the role of the moderator is played by a technical writer who documents the product. The note taker can be someone from the usability team.

Thus Usability tests are one of the ways technical writers can expand their inolvement in the UCD process.

During the workshop, while Sandeep Virmani was talking about his vision for technical writers, many participants raised their concerns about the difference between his vision and the current way the documentation process works in their organisation.

It was inferred that Sandeep’s vision needs a high level of proactive initiative by the technical writers to insert themselves at multiple points in the UCD workflow and work towards creating better and more usabled products. This was in addition to improving the usability of the documentation itself.

The session was brought to conclusion by Ashalatha Tom who described how she used the UCD process to distill the old documentation to a lean and usable form. She was able to reduce the 14 page PDF user manual to a 4 page one that focused on the best way to convey the instructions on how to use the software to quickly achieve customer goals.

The session ended with some gifts, photos, and a pizza lunch.

I would like to thank, the organizers for an informative workshop that helped break the rigour and routine of the work we do. It also helped us to stop and rethink how to make improvements in the products we document and the documentation for it as well.